In praise of Valparaíso: Why Chile’s student-packed port is backpacker heaven

Half way down the Chilean coast, the sprawling historic port of Valparaíso has four universities, art events galore and bohemian culture running along each of its chaotic hilly streets. If you’re looking for a backpacker-friendly stay in Chile, you can’t do better – there are plenty of cheap hostels, and the combination of artists and students makes for a nightlife that carries on well into the early hours.

On top of that, there’s a UNESCO-listed historic quarter that registers as an explosion of colour, packed with stunning buildings constructed in the 19th century, when Valparaíso was one of the wealthiest ports in South America. No wonder this unkempt – and among travellers, relatively underappreciated – port has captured artists’ imaginations for centuries.

Valparaíso is easy to get to by bus from Chile’s capital, Santiago, and most transport companies offer regular direct services between the two cities. It has no airport of its own, and the nearest is Arturo Merino Benitez International Airport near Santiago, which has flights coming in from destinations like Buenos Aires, Lima, Sao Paulo, Montevideo, Madrid, New York and Paris. 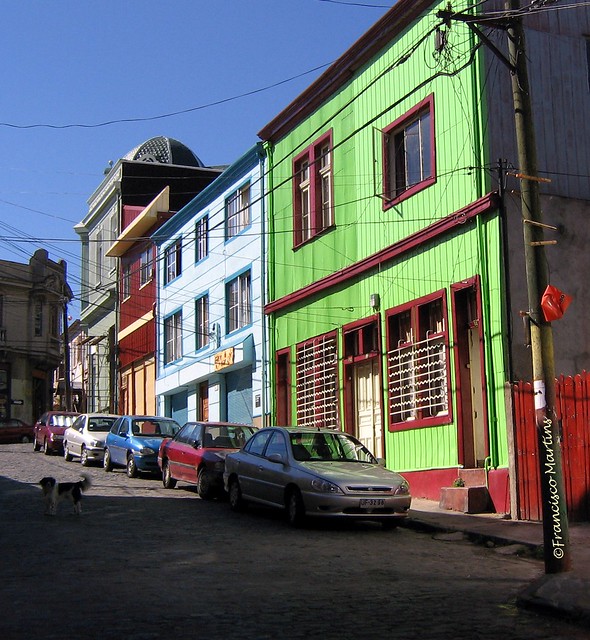 One of the most popular venues in Valparaíso is Bar La Playa, popular for its very cheap beers and bohemian disco. If you're looking for a cosmopolitan, laid-back club that's not too crowded, you could try gay-friendly Mascara next to the Plaza Aníbal Pinto, which also has very affordable drinks and runs a four-hour 'happy hour' every evening from Tuesday to Friday.

For bocadillos, hamburgers and tapas as well as pub grub with an Italian twist get yourself to the lively Casa Cervecera Altamira, a microbrewery at Av. Elias 126, by the Ascensor Reina Victoria. If you enjoy a bit of Thai comida, Samsara on Almirante Montt 427 is the place to go. Vibrant and affordable, the Thai restaurant has a great wine list, too.

Famous Scottish sailor Lord Cochrane founded Chile's navy and lived in Valparaíso much of his life. The Museo del Mar Lord Cochrane, overlooking the city, celebrates all things Lord Cochrane, canons and all, and has some pretty amazing views. Get to the cobbled red building from one of Valparaíso's fifteen ascensores (elevators) for a showcase of Chile's fascinating maritime heritage.